Despite the hell that was the year of 2020, I’m thankful that I’ve had a lot of good things happen too. I finally moved back south after 10 years being away for college, reconnected with some old friends, got my teeth fixed, made this site, made my first piece of merch, and I collected a lot of treasures that had been in my wish list for a long time!
And I was also able to experience lots of new things in all kinds of media. This post compiles my favorite things I found in each category. These aren’t necessarily things that came out in 2020, but things I found out about in 2020 that I’d like to gush about.

2020 was a surprisingly weak year in gaming for me. Not for lack of trying; I tried a whole bunch of games. Games that were in my wishlist for a while, high profile releases, indie darlings, you name it. But only one game really swept me off my feet, and that was:

Insane murder mystery visual novel based around the game of werewolf. It weaves an incredibly complex mystery and then places a death game in the center of it.
It feels like it was written by the people from KID (makers of legendary mystery visual novels Ever17, Remember11, and went on to make Root Double, etc). It’s smart, it’s tense, it’s rich with lore, and it has a crazy amount of content. Just when you thought you’ve seen everything, the game is like hold on, we haven’t seen anything yet. I ended up logging 73 hours to see everything. It makes your brain hurt thinking how someone managed to create something of this scale and quality.
But far and away the most exciting thing about it are the daily meeting sessions, wherein the village residents try to decide who they’re going to execute that day. These conversations are super juicy games of strategy that take an hour+ a pop. They’re kinda like Danganronpa trials, but better. They’re amazing.
All of it complimented by an awesome soundtrack and a top tier translation. Raging Loop has quickly become one of my favorite games of all time.

Once every few months I go on Netflix binges, and I found some great stuff this year.

French crime show about a string of high school age girls disappearing in a quiet country town.
This is way better than it seems like it has any right to be. The script is great and the acting and directing are top notch. After Zone Blanche and now this, the French have been proving that they can make some of the best tv in the world. Don’t sleep on this!

If you like Breaking Bad and you haven’t seen Ozark yet then you need to get your life. It is like a way way better Breaking Bad, with a spectacular rollercoaster of a script, spectacular acting, and all the other goodies of a tense crime drama. This season keeps up the pace and has a ton of memorable scenes. It’s pure binge joy.

Criminal is a fascinating series. Initially it was commissioned as 3 episodes in multiple languages; There’s Criminal UK, Criminal France, Criminal Spain, and Criminal Germany, (all excellent!) and they all feature different stories about this elite group of interrogators trying to obtain confessions out of a suspect. The stories are all self-contained and happen in the interrogation floor during the time of the interview. As such, it goes really hard on the in media res type of storytelling. You’re trying to understand who the people interrogated are, what they’re being accused of, and everything else as it unfolds in front of you.
Season 2 adds 4 more episodes to the UK version of the show, and they’re total home runs. It’s a show that demands your full attention to follow it properly, but it’s told so masterfully that it way more than pays off. It’s mind blowing how good it is.

Seems like Queen’s Gambit was the recent flavor of the month show, and I happened to watch it right before it blew up. It’s a show about this orphaned girl who becomes a chess prodigy. It’s not nearly as well written as the shows mentioned above, and it doesn’t dive as deep in its topic as I’d like, but it’s a fun romp to binge through.

This manga is gearing up to be one of the greatest of all time, and easy contender for best romance. The plot is about these two insomniac kids who find each other in the abandoned school observatory when looking for a place to sleep. They bond over their experiences and become vital emotional support for each other. It’s beautiful and bittersweet and handled with a perfect mature tone.
With 15 years of experience publishing manga, it feels like Makoto Ojiro finally reached the peak of his craft, and this could be his magnum opus. The art is gorgeous and the writing is spectacular, and it’s turning out to be something really special.

One day, indie manga author Yokoi Taku gets a ring at his door and it’s this girl saying she’s a fan of his work, and saying she wants to live with him. At first glance this seems like the setup for the most generic and trashy ecchi manga ever conceived, but in reality this is an incredibly dark and serious story.
And I must emphasize how dark this is. This manga dives headlong into themes of depression, abuse, suicide, mental illness, and doesn’t pull any punches. It doesn’t do so gratuitously or to be edgy, but actually takes a really mature and analytical approach to the themes. It’s a very sad and bittersweet romance story, but also very beautiful and interesting.

A year or so ago I started doing weekly anime viewing sessions, and because of that I’ve managed to try every show that seemed interesting this year and more, which I’m pretty excited about. I hadn’t been on the pulse of new anime for many years. Unfortunately, there weren’t a whole lot of shows I though were good enough to want to see to the end in 2020, but thankfully there was one gem:

I’m gonna say it. This is the best slice of life show since K-ON! season one, and one of the best shows of the last decade.
It has a lot of likeness to K-ON! in that we have a quirky group of girls in a school club setting, a sports element of learning about an activity and getting better at it, lots of cuteness, and supremely cozy vibes.
I won’t ramble on this much but one of the biggest signs of weak writing is lack of change. Most shows have very strong first 1 or 2 episodes because everything is new, but then they quickly devolve into reusing the same jokes and scenarios and it gets stale and boring. Few are the shows that manage to make every episode feel like it’s truly different from all the ones that came before, without adding contrived elements to try to shake things up. Even K-ON! S1, which I see as the gold standard of anime writing, faltered at this. A couple of episodes before the finale are not good, but the show manages to hold itself on just how amazing all the other episodes are. Teibou Nisshi doesn’t reach as high highs as K-ON!, but it also doesn’t have any lows. There is no bad or even mediocre episode, and that’s a real feat. It’s good the whole way through.
It’s way better than you’d expect it to be for a cutesy girl show about fishing, of all things. In addition to the great script it has terrific animations, backgrounds, music, and great editing. And if all that wasn’t enough, it’s set in a beautiful coastal town – my favorite setting – which made me love it even more.

Kuro scholars know I love me some post-hardcore. The mix of melodic singing with screamo along with technical instrumentals is just 👌. And so, it’s a very exciting event when I find new post-hardcore band crushes. This year I was thankful to find a couple really special ones:

Properties of Nature’s debut album Wolves in Business Suits is insanely good, and was viciously ear wormed for me this year. Sadly the album seems to have gone fairly under he radar, which is unfortunate given it’s this good. They need more love!

What if you mixed post-hardcore with boy band pop? That’s the best way I know how to describe Cheem and holy shit, they sound amazing. Their sound is so fresh. I’ve listened to some interviews they’ve given and they have a super ghetto indie setup, but they’re able to do some black magic with it and make these super polished and catchy bops. This entire album is earworm central. I’m on pins and needles to see what they do next. These guys need more love too!

Ever since Coletta released their first EP Mind & Time in 2018 I’ve been completely obsessed with them. It felt like they were pushing the boundaries of the genre like no other band, and I couldn’t stop replaying that EP. So, I found myself very out of sorts when their new album Idealism finally dropped at the end of November and I played it over and over and couldn’t decide what I thought about it. Don’t get me wrong, it’s an album full of incredible tracks, but their sound changed so much, into something so different that I don’t know how much I like it exactly. I’ve only had 6 weeks to simmer on it, and I’ll likely have my thoughts better sorted out in a few months. Still, I already have so much affection for this release, and I want to do my best to plug the work they’re doing, so I’m including it in my list.

Kuro scholars will know that one of my all time favorite podcasts is You Look Nice Today. I’ve replayed episodes from it over and over and over again because they have some of my favorite bits out of anything. On April 4th 2020 I did a triple take when I saw that there was a new episode of YLNT in my feed (now rebranded as YLNT: California King), a whole 5 years after the last one!
YLNT is a very strange podcast to wrap your head around. It’s basically a bullshitting improv comedy show. The hosts start by talking about whatever thought or thing they have going on in their life, and then at some point it turns into a bit where the idea takes a life of its own and becomes more and more ridiculous (and hilarious!)
Seeing them go back to producing new episodes might just be my most exciting moment of 2020. This show brings me so much joy. I love it to bits.

Hosted by Jim Stormdancer, the creator of Frog Fractions, Topic Lords is a show where every week he invites a couple of his friends or his wife to talk about whatever topics they’d like to discuss. Due to his connections, a lot of these guest hosts end up being other game developers, and the topics that they bring to the table are often incredibly interesting. This year it’s really been crystalized for me how good this show format is, and it makes total sense in hindsight – listening to interesting and smart people talk about the things they find interesting is bound to be entertaining.

Another intensely interesting topic show hosted by Brady Haran (known for Numberphile, Computerphile, Sixty Symbols, etc) and CGP Grey (known for his popular educational youtube videos), both ridiculously smart people, that manages to dive even deeper into the esoteric and has dug out some of the most fascinating and cathartic discussions I’ve listened to, not just in this year but pretty much ever. This has immediately become one of my top favorite podcasts, and one I know I’ll have a ton of fun revisiting in the future. 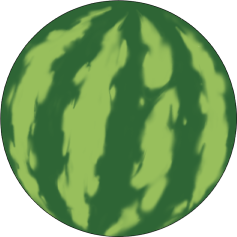 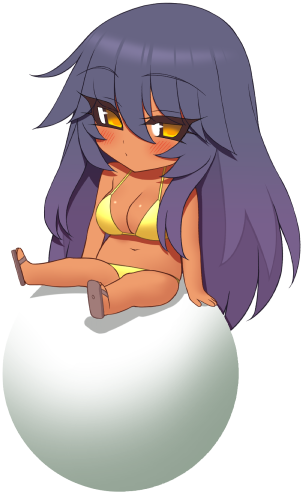